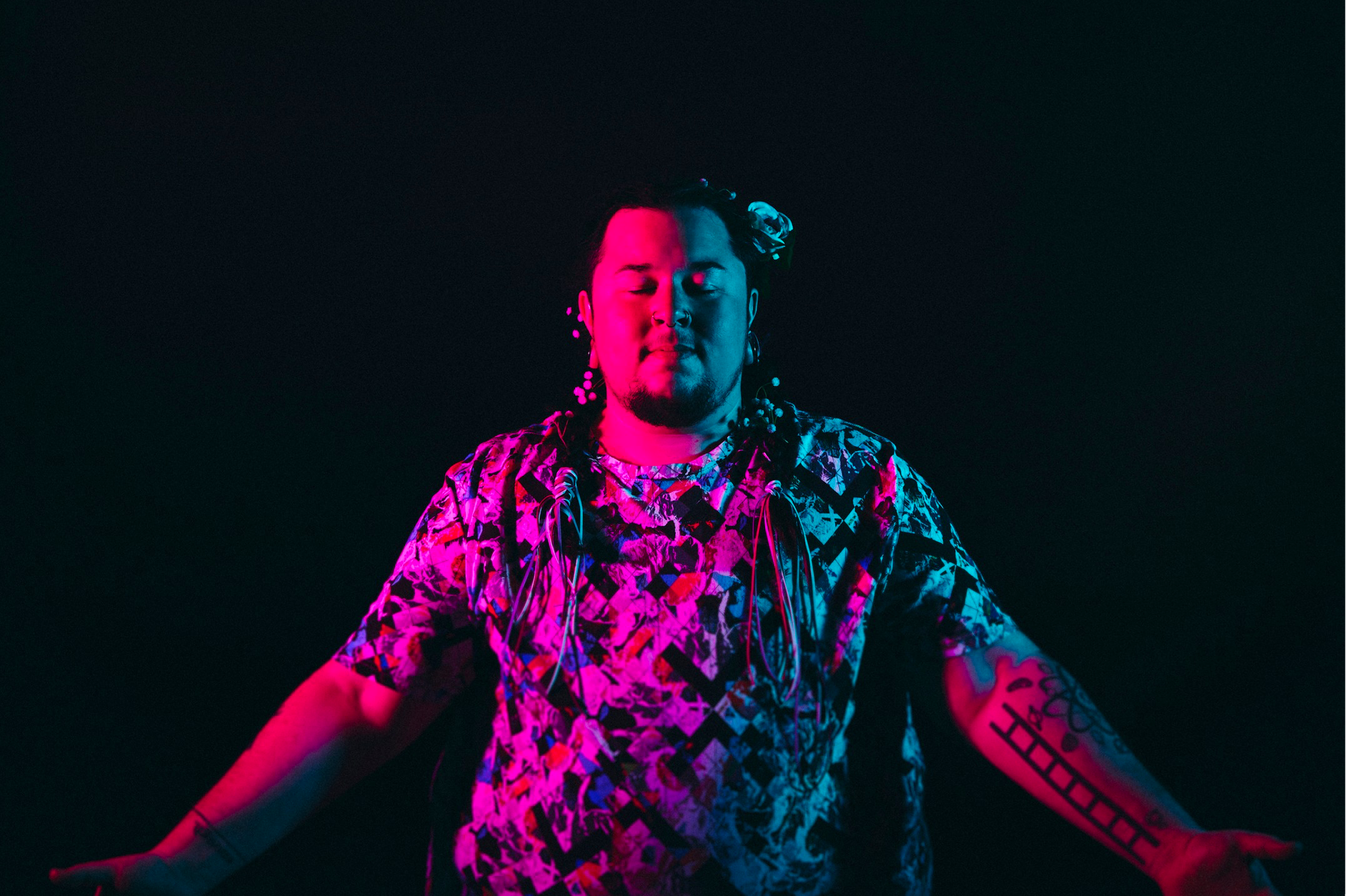 Please subscribe to VirutalFeast.ca so you don't miss future events

G.R. Gritt is a Juno Award winning, Two-Spirit, Transgender, Francophone, Anishinaabe/Metis artist. After living many years in Yellowknife and forming the band Quantum Tangle, they

After living many years in Yellowknife and forming the band Quantum Tangle, they have recently moved back to Sudbury/Robinson Huron Treaty territory where they grew up. This homecoming coincides with a journey through transition to a body that they feel better represents them. With these changes has come a new voice both physically and in the growing magnetism of their songwriting. G.R. Gritt pulls effortlessly from the past to create soulful futurisms with their new sound that elegantly weaves the melodies using vocals, guitar and new electronic elements. They create both intimate and anthemic music that would fit in a folk club, a dance club and anywhere in between.

The Northern cities G.R Gritt has lived in forced them every winter through snow and harsh temperatures to make a choice between isolation and seeking community as a source of warmth. Their music serves as one of these beacons of connection for all who come near it. Welcoming yet truthful, they reclaim space through songs that show that intersectional identity is expansive and not to be divided into parts. By exploring the emotional and cultural core of their heritage as a non-binary, queer, Indigenous artist they create new space and encourage others to do the same.

G.R. Gritt is currently preparing for the release of a new full-length album titled, Ancestors, in the fall of 2020 on Coax Records.

Full CircleFull Circle: First Nations Performance is a non-profit society and registered charity that creates opportunities for Indigenous artists. Margo Kane (Cree/Saulteaux), an interdisciplinary artist and Indigenous arts leader, founded Full Circle in 1992. Upon establishing Full Circle, Kane's vision was to make a profound contribution to the development of Indigenous performance in Canada. In 2018 Full Circle: First Nations Performance launched the Múyuntstut ta Slúlum Live Series. The Múyuntstut ta Slúlum Live Series aims to offer learning and career-enhancing opportunities to Indigenous musical artists through the sharing of ideas and knowledge and through the exploration of contemporary Indigenous music. Múyuntsut ta Slúlum comes from the Squamish Nation and means ‘to submerge/sink/immerse yourself in songs/music’. It is an open invitation to music industry professionals, established, emerging and aspiring, to work in reciprocity and from a strengths-based perspective to support and ensure the ongoing development of Indigenous music. This series has been supported by funding from Creative BC, FACTOR and SOCAN.info@fullcircle.ca #416-268 Keefer Street Vancouver, BC V6A 1X5